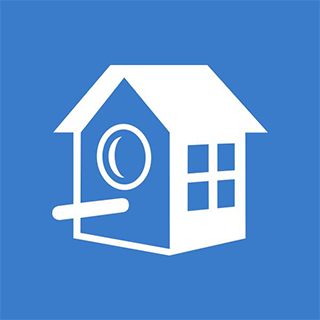 ..after booking and paying for the 5 star rated apartment in Wales, Vrbo stated that I would get the accomodation address, key details one week before our stay. This did not happen. I tried to access the website which stated that I had no booking.I then read the horrendous trust pilot reviews and became worried. Over the next four days I contacted Vrbo 5 times by email and also by phone, 3 of the calls lasted 40 mins. One was cut off immediately after I explained the problem after waiting 10 minutes to get through. However on the 3rd call the operative apologised and said they would email the information I needed to find and access the apartment. But this never came! I called again and by this time I'm both annoyed and extremely worried.The call handler eventually told me that they could not help because the host of the apartment, was supposed to send me the details. I contacted the number for the host who told me that Vrbo was supposed to send me the details re the address, key and general instructions. She confirmed that her apartment was booked out to me.This was a relief to hear, especially as our holiday was only 3 days away.The host then sent me the details and allowed us into the apartment a lot earlier as a way of an apology. The apartment was spacious and extremely well equipped, it was warm and generally comfortable. But there was a pervasive smell of damp in the bedroom hallway and in the main bedroom as if something was very wet and hadnt dried properly. The twin room was the same which had penetrative damp down the walls with black mould and paper coming off. The room wasn't suitable to sleep in and the children said they were very cold at night.The wall by the fire door escape was also very wet with damp. The bathroom sinks had black mould/scum around the taps and plug hole. The MDF beading down the side of one bath was completely broken down and had expanded away from the bath leaving a 1cm gap.I told the host ( owner) about all of this. she said that the damp was due to the property being old, being at the seaside and the extreme weather conditions which I thought was rather condescending. She then said that she had got very good reviews, which is true, and that the apartment had been rented out every week all summer but no-one else, including her cleaner, had complained or brought this to her attention. This was a bit of a contradiction, and she then said that the building was going to be repaired ready for next year, that she would speak with the cleaner about the black round the taps etc. Overall the apartment was a great size, but the accomodation as described by Vrbo has clearly not been inspected by them. It isn't 5 star as advertised.I have booked holidays such as this with other companies lots of times and really don't expect everything to be perfect. But I have never experienced such a high level of stress and anxiety and the holiday lets have never disappointed me especially through being damp and fusty.I wont use Vrbo againThey sent me a survey for feedback.All it said wasDid you enjoy your holiday in Wales?Yes/No
Madelyn Janjanin
2021-05-02 21:31:14

Booking was easy and transparent

Booking was easy and transparent. The host was quick to reach out and provide us with information that made the experience extremely comfortable.
Edward Lepontney
2021-04-22 05:05:48

My plans changed a couple of times due…

My plans changed a couple of times due to date changes in my schedule. This place was way more than accommodating me with that. Almost instant answers to any questions that I emailed to them. I haven't even been there yet but I know that it's going to be a wonderful experience!Thank you Vrbo!
Tracy Woodley
2021-03-18 20:46:09

My husband and I are very happy with them

My husband and I have used VRBO for several vacation rentals over the years in different part of the country. The service has always been prompt, courteous and easy to use online. The rental properties have been just like described and the photos were accurate. So far, the quality and cleanliness of the rentals have been excellent. We will continue to use VRBO and I would, and have, recommended them to others.
Geoffrey Holmes
2021-12-29 18:17:38

I have now resolved this with the owner not all the fault lay with VRBO I would give this site zero if the option were available, I booked a villa with HomeAway in 2019 for a holiday March 2020 we couldn't fly due to the Covid lockdown so instead of cancelling we rescheduled it with the host to 2021 and again due to covid restrictions rescheduled to 2022, due to personal circumstances and Covid restrictions we want to cancel the now VRBO are saying I have to claim a refund from the host who also has not yet been paid by VRBO so this means VRBO are holding the monies but just dont want to pay anybody DO NOT BOOK VIA VRBO
Chris
2021-03-25 10:36:27

When it’s booked via VRBO. I booked a vacation rental with 100% refund splashed all over the listing (still has that today all over it) and I selected this property because of the 100% guarantee refund backed by VRBO. My account still shows 100% refund available but when I came to cancel it, I’m told that there is small print in the rental agreement that means the property owner can keep $292 dollars for bank charges and this overrides the big headline advertising all over the listing. This is at best false and misleading advertising and at worst - fraud. You decide. People will be booking this property today based on the 100% guarantee - it’s wrong. I’ve reported this to the agency in the USA that deals with consumer scams and I will also report it in the uk. It’s very disappointing behaviour and renders any guarantee from VRBO as meaningless rhetoric in my opinion.29th March update:VRBO got my refund for me! I had to push as the first agent fobbed me off but Katrina was great, tenacious and successful.
Debbie Ruiz
2022-02-08 00:45:38

I was booking to go to my aunts…

2/20 UPDATEI was refunded all of my money. The associate who contacted me sent me an email explaining that under the circumstances I explained that I would be refunded the money I had paid.I want to THANK VRBO for the compassion shown to me during this sad time. My faith in VRBO has been restored.Thank you again2/10 UPDATEFrom the total charge of $349.78 I am to be refunded $244.78. I understand the service fee is not refundable but there still is a considerable difference still owed to me. I have asked before can someone provide a breakdown of how the $244.78 was arrived at.And please refund me the additional money owed to me.Thank you I was booking to go to my aunts funeral. Needless to say it was a stressful time for me. Mistakenly I entered the wrong date. I meant to put 16 but I put 17. Within minutes I realized my error and contacted the owner. He said the 16 was already booked. I told him I needed to cancel and make a reservation elsewhere since I have to travel to that location. His cancellation policy that I hadn’t seen is 50% refunded if cancelled within a few days. I contacted him and told him that I had contacted him within minutes. Said I was issued a partial but it is up to VRBO to refund me more money. I contacted VRBO who said it is up to the owner to determine how much to refund and I should have read his refund policy before booking. So I’m stuck between VRBO and the owner (who is new at this) to figure out who is telling me the truth. This is not a good business practice. I understand not getting back the service fee but I’m being charged more than half the original charge. I’ve used VRBO before and have always been satisfied. This is my first interaction with VRBO and it wasn’t a positive one.