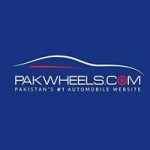 I LOVE THIS COMPANY THERE THE BEST AT…

I was 1st staying at the Extended Stay America Katy Tx Energy Corridor. Nas & Misty were both so nice...super professional and the prices are afordable and the place is clean. Nas & Misty were both moved to the Extended Stay America Houston Westchase at Westheimer. It is because of these 2 young ladies is why I now go to the location they are now at! KUDOS TO NAS AND MISTY...KEEP UP THE EXCELLENT WORK!!! Miss Laura
Nathan S Kamisato
2016-11-03 12:02:03

Rating The New StaffExtended Stay America has been my choice of hotels in Orange County, California for about 3 years (the Yorba Linda ESA my favorite for the past year). I became immediately familiar with the staff, the first time I set foot, January 2016, as I was greeted with a "Hi, Mr. Nathan!" by the General Manager, Gigi (who I met at the ESA, Anaheim Convention Center location around June of 2015). As I checked-in on my current reservation (October 2016), I was informed much of the staff had left, replaced by a new General Manager, Angie, and a number of Guest Relations and Maintenance personnel. Throughout the week of my stay, I met the new personnel, but what impressed me the most, was the responsible, leadership character of Angie. I was informed they were short on housekeepers when I checked-in. Upon entering my assigned room, I found Angie, the new General Manager, putting the final touches in cleaning the room. Strangely enough, when I met Gigi at the Anaheim Convention ESA, she also was cleaning rooms along-side housekeepers. I found the responsible, leadership character of both women, quite admirable and reflective upon ESA as an organization that impressed upon those qualities. There were about 3 staff members who stayed on, and Torie, Guest Services, I remembered had just been hired the last time I was there. I recalled Torie quickly picked-up on her tasks and on my recent visit, it seemed as though Torie had been working there for years. Torie's job performance turned out for me to be the standard by which I rated the new staff members. I didn't catch the name of the person who checked me in, but she wrote the wrong pass code for the wifi, and checked me in for only 1 day. As a result, I had to call the company who provides the wifi, and I couldn't get into my room, the next day. Other than those 2 mistakes, everything else is fine. I rate the new staff a "B". Overall, they were friendly, hospitable, and I'm sure with the guidance from Angie and Torie, the Extended Stay America, Yorba Linda will perform to it's "Just like home," presentation again.
Waynzia Hill
2020-03-18 23:55:22

The new management and staff have …

The new management and staff have turned this hotel completely around. Check-in is a breeze thanks to Rianah and Mike. The upgrades to the place are great, especially getting out the carpet for hardwood floors and upgrading every room with energy saving appliances.
Doris Lanham
2021-08-06 17:06:10

I love staying here. The staff, Keisha, the manager, and Sheneke have been very helpful I. Making sure my visit here is comfortable. The housekeeper, Sheila Hunter is the best cleaner I’ve ever experienced. She makes sure my room is well sanitized and very clean linen. I would recommend a 10. Thank you kindly to the staff members.
Rebecca Lewis
2021-01-13 20:57:11

This employee deserves to be noticed.... Gabby!

I've been trying to find the best place to put my review online because there is an employee that needs to be noticed. I have been staying at the Monrovia extended stay hotel for about a week now. Not only was I welcomed with a clean and fresh room, I was welcomed without standing customer service staff. but there is one employee in particular that I would like to be noticed. And that would be Gabby. Gabby is amazing!!!! I called down this morning with a migraine to ask if I could have an hour extension, and Gabby answered the phone telling me good morning and using my name. That was the most refreshing and the warmest wake up call I could have ever gotten. Gabby is so polite with everything she does. Her aura is such a calmness that most people could never get to experience. But Gabby's aura is addicting because of how comfortable and kind and gentle she is. She is phenomenal with my dog who has some skittish issues. but Gabby was so calm and sweet to her and made her happy and make her feel comfortable as well. So thank you thank you thank you thank you Gabby for everything that you have done for me here to make me feel so comfortable. You rock and definitely deserve to get noticed for your superb customer service. Thanks again Gabby and thank you again Extended Stay America.
R.
2021-02-07 22:51:37

Too much running by kids in the halls

The hotel is wonderful, Extended stay Bethlehem/Allentown pa. I didn’t sleep much because they allowed kids to run around all times of the day. They never brought it to the attention of the parents they just let them run. I feel as though too much money is spent by customers not to have a handle on this. I understand that kids are here but they have to get a handle on all this running around, up and down the stairs. It’s very inconvenient. Other than that the hotel is wonderful.
Christina Catalano
2019-09-02 23:00:37

My honest opinion of this hotel on…2311 ulmerton rd

My honest opinion of this hotel on ulmerton road at carillion park is definitely one of the nicest places....yes the rooms are great but let me tell you the best part. Her name is Kim she works in the office and if I could give her some kind of bonus or award or promotion I would. We walked in the door and she was already for us. I can't even explain how polite and hospitable this wonderful woman is. I ho to the office and no matter what she is smiling and ready to help. Kim you are a true gem and a great asset to the company I only wish they was more people like you. Once again thank you from the bottom of my heart. Christina joe and adrian
Brian O'Hare
2019-08-01 22:28:34

Great Operation and Right on Point.

I have been staying here at a Extended Stay America facility for about three weeks now. The place is just fine for the terrific price the rooms usually cost. It’s is truly based on a long-term occupant Stay, and they provide great accommodations just for that purpose. The staff has been friendly and nice. Always there to help you out if needed. Plus, the particular hotel I was staying at had the added bonus of being located perfectly near two major road arteries that could get you anywhere in the metropolitan area with haste and ease. If you need a long-term stay in a temporary place? This is definitely the place to consider.